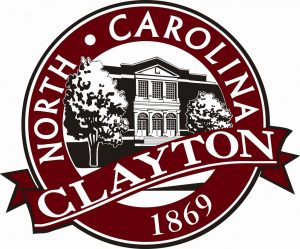 Originally known as Stallings’ Station, the area we now call Clayton has grown significantly from its humble beginnings as an army path. Founded in 1869, like many North Carolina towns, Clayton was originally put on the map by a railroad.

While the first few years for Clayton were not so prosperous due to the Civil War, by the early 1900s, the town was considered by some to have more money per capita than any other city of its size in the world.

In the last 20 years, the home of Hydrocut Land Clearing has seen quite a jump in population. From 6,900 people in 2000 to 16,100 in 2010, our town has seen significant growth that seems destined to continue.

Some of the largest employers in Clayton are also relative newcomers including Novo Nordisk, Caterpillar, and Grifols.

With all these new residents, Hydrocut Land Clearing is excited to take part in clearing and prepping land for new neighborhoods, schools, business complexes and more. We love calling Clayton home!

If you live or own land in Clayton and are interested in having it cleared, thinned or mulched for development, please contact Hydrocut Land Clearing today. We can be reached by phone at 919-553-5473, by email, or through our contact form to the right.